Large amplitude oscillatory shear (LAOS) is used increasingly as a tool to measure the nonlinear viscoelastic responses of soft solids and complex fluids. For many material systems the common practice of reporting only “viscoelastic moduli” (typically corresponding to the first harmonic Fourier coefficients G’1(w), G”1(w)) is insufficient and/or misleading in describing the nonlinear phenomena. The mathematical structure of the nonlinear response is fully captured by the higher Fourier harmonics, but these coefficients lack a clear physical interpretation. We describe a framework for quantifying and physically interpreting deviations from linearity that considers the 2D space of frequency and strain-amplitude first discussed by Pipkin to generate a unique ‘rheological fingerprint’ of a viscoelastic material.

In this webinar we first review the basic geometric and physical structure of linear viscoelastic measurements. We then build on these foundations to decompose a general nonlinear stress response into elastic and viscous stress contributions using symmetry arguments. We then show how to further decompose these contributions to the stresses into harmonic components having physical interpretations. This framework naturally generates alternative measures of viscoelastic moduli, all of which reduce to G’ & G” in the linear regime, but offer different physical insight into the distinctive nonlinear response of a specific material. LAOS fingerprinting is invaluable for both characterizing and describing the nonlinear rheological response of a wide range of materials including biopolymer gels, regenerative polymer networks, entangled melts and micellar solutions. Illustrative examples drawn from the recent literature will be used to demonstrate the range of studies that are possible.

We also outline a language and framework (or ontology) for imposing LAOStress protocols, in which shear stress is the controlled input variable. We use this framework to investigate the nonlinear properties of several representative gel-like systems and determine their characteristic rheological fingerprint. 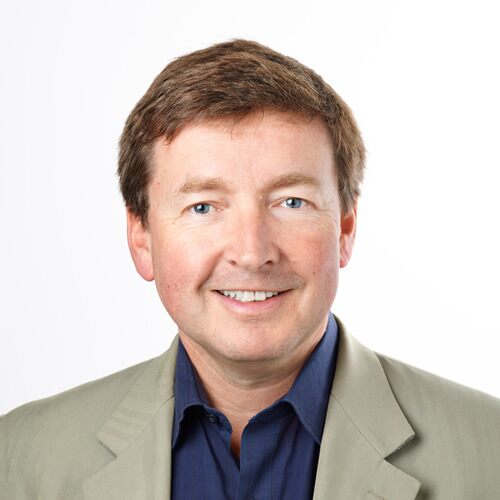 Gareth H. McKinley is Professor and Associate Head of the Department of Mechanical Engineering at MIT. His research interests include extensional rheometry, microfluidic rheometry and non-Newtonian fluid dynamics. He has aided in the development of several rheological techniques for characterizing the extensional rheology of polymer solutions, micellar liquids and other complex fluids. He is a Fellow of the American Physical Society, winner of the 1994 Annual Award of the British Society of Rheology, and this year’s Bingham Medalist from the Society of Rheology.

Measuring the Influence of Humidity on Material Properties

Strategies for Rheological Evaluation of Adhesives